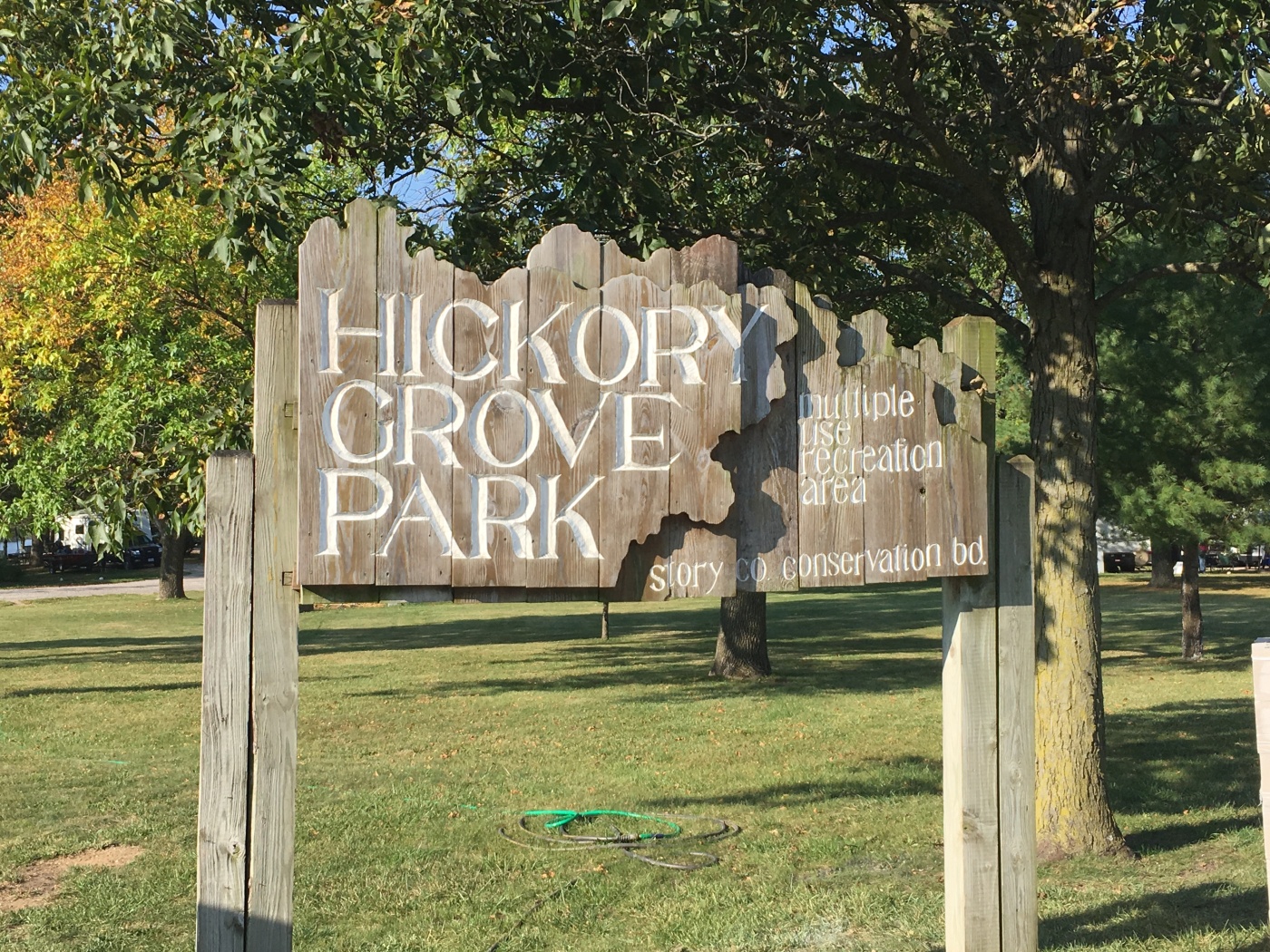 In September, we headed out to Hickory Grove Park, part of Story County Conservation in central Iowa.  We had plans to camp at a local state park in a non-electric site because, silly me, I figured the end of September should be cool enough that we wouldn’t need to run the air conditioner in our RV.  But I was wrong, highs were forecasted to be in the 90’s and I wasn’t about to deal with that kind of heat without the air.  We can hit up that state park another time so we decided the last minute to snag a site at the local county campground-which is first come, first serve only.  That is one of my only complaints about the campground.  But more on that later.

This campground is located in Colo, IA just a short ways off of Highway 30 (or Lincoln Highway) which is a major highway that run east/west across the state of Iowa.  It is managed by Story County Conservation.  The campground, Breezy Bay Campground, consists of 43 electric sites and cost $17/night.  There is also a primitive campground on the south side of the lake, with 11 sites and come in at a cost of $12/night.  The campground is open April-October and is generally full every weekend.

In the Breezy Bay Campground, they just rebuilt the shower house and I was so impressed.  One of the best shower houses I have seen-which makes sense because it just opened this season.  There is separate bathrooms for men and women but then also seperate shower rooms, which I loved. Although we had our RV shower, I chose to shower in the shower house because the water was hot and abundant, it was clean, and there was so much space.  It was also super easy to wash up the girls as well. Unfortunately, I didn’t get photos of the large, individual shower  rooms. What is also nice is that this building also doubles as a tornado shelter if severe weather would hit while camping.

The campground also has a small playground located right next to the shower house and firewood is for sale on limited hours.  You purchase the firewood from the campground host.  There are a few water hydrants located throughout the playground. 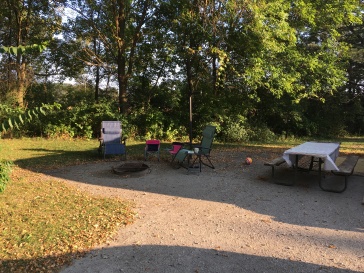 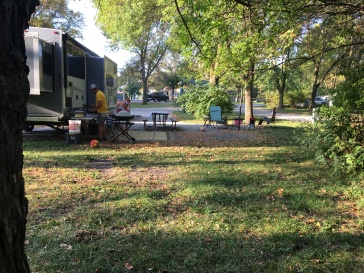 Our Campsite (above)-Site 7-one of the two left when we arrived on a Thursday night.  Because this park is first come, first serve, many people come out days in advance and set up or “reserve” their site and then leave for the remainder of the week.  Some set up hammocks on the sites, some put up thier tents they plan to sleep in, and some even set up a play tent to leave until they come back for the weekend and set up their real tent or bring their RV.  Chances are if you are arriving on a friday, there will be no sites left.

The campsites in the Breezy Bay Campground all have electricity.  Most are relatively spacious and all are back-in sites.  I prefer the ones on the outer loop of the campground because they provide more privacy with vegetation and there is no one behind you.  If you are lucky enough, there are a few waterfront sites as well, but those fill up early in the week. 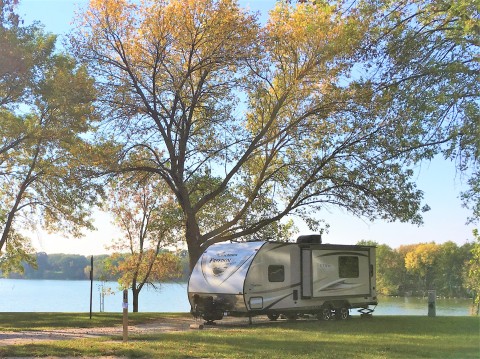 The campground is just part of what this county park has to offer. This is a 445 acre park with plenty of recreation opportunities. There is a little over 4 miles of easy hiking trails, a 98 acre lake which is stocked with largemouth bass, bluegill, crappie, channel catfish and grass carp, and a great beach area, an archery range on the south side of the park, and hunting is allowed in portions of the park.

A highlight of the park is it’s great beach area.  We visit a few times early in the season and the kids love coming and playing with their friends in the sand.  It is our local beach.  There are numerous picnic tables and grills in this area and on a summer evening is a very busy place.  There have a been a few times I haven’t been able to find a parking spot. 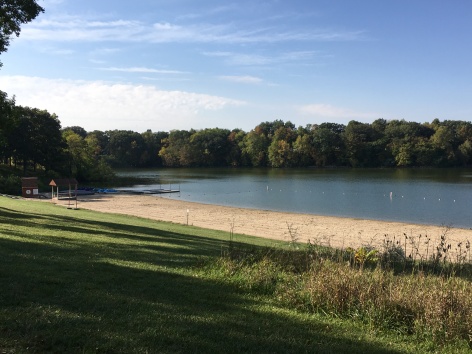 We were there in late September so the beach was closed,  although it did happen to be in the 90’s that weekend.  Also in the beach area is a concessionaire where you can rent kayaks and paddle boats for a reasonable price.  The concessionaire is open on the weekends Memorial Day-Labor Day.